At the IBMS we know it is difficult for people to be given time away from the laboratory.

If you are joining us for the Monday afternoon programme you can conclude your day at Congress at the ever-popular Welcome Evening.

Please note
Lunch is not provided on Monday, afternoon refreshments will be served instead.  The exhibition will not be available until it opens on Tuesday morning.

Upper and lower GI including endocrine

Upper and lower GI including endocrine

Head of Laboratory, Viapath Analytics - An NHS partnership with SYNLAB

Degree laboratory placement, the success of the symbiotic relationship

Degree laboratory placement, the success of the symbiotic relationship

Recognising and supporting the role of the laboratory trainers

Recognising and supporting the role of the laboratory trainers

Too busy to train?

Too busy to train?

ISO15189 it’s all about the patient: What to expect from the new version

ISO15189 it’s all about the patient: What to expect from the new version

ISO15189 has been the mainstay of pathology accreditation globally and has entered a review period. The purpose of the standard is not actually as an accrediting document, but as a guide to the minimum requirements for competence and quality in medical laboratories.

This session will describe the progress made in the updated version, including why it is being updated as well as an indication on what to expect from the new version as well as the plans to support medical laboratories in the adopted and roll out.  A good example of one of the changes is that point of care testing will now be part of the main standard once it is released.

Quality for the patient, not just for the sake of it

Quality for the patient, not just for the sake of it

Investigation of serious incidents – what to do when things go wrong

Investigation of serious incidents – what to do when things go wrong

Ensuring quality in an emergency situation

Ensuring quality in an emergency situation

Maintaining a permanent state of readiness

Maintaining a permanent state of readiness

The evolution of EQA through Pathology Modernisation Thursday @ 3:30 PM

Jo was one of the original participants in the UK national histopathology reporting diploma programme. Since then she has been working as part of the consultant specialty team at Southampton, independently dissecting and reporting gastrointestinal specimens.

Jo is a member of IBMS Council and deputy chair of the IBMS Membership & Marketing committee. She sits on conjoint boards for the histological dissection and reporting qualifications, and with the NSHCS as an examiner for the STP training programme, and as lead editor for the histopathology STP curriculum review. Jo is part of a working group reviewing Healthcare Scientist training pathways within histopathology and is passionate about their development and promotion.

Jo’s other interests include the use of media to engage, inform and promote the profession, having recently created a website for current and aspiring Healthcare Scientists. She also provides educational support, advice and mentoring support to colleagues and peers.

In 2019, Jo was presented with the Biomedical Scientist of the Year award at the Advancing Healthcare Awards. 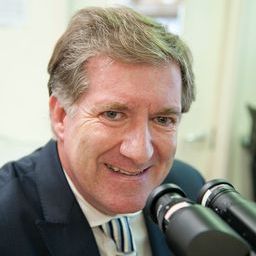 Head of Laboratory, Viapath Analytics - An NHS partnership with SYNLAB

Guy is responsible for providing and developing the dermatopathology, Mohs’ micrographic surgery and trichogram diagnostic services for the Unit. Guy is actively involved in teaching and training both within the Guy’s and St. Thomas’ Trust framework but also as an external lecturer at several Universities throughout the country for students studying  for MSc’s  in biomedical science.

Guy completed his Fellowship to the IBMS in Cellular Pathology in 1990 having gained the highest pass in the UK across all disciplines and being awarded the RJ Lavington Prize. Guy completed his Master’s in immunology at Surrey University gaining a distinction in 1995 and achieved he’s PhD in 2010. He has worked at St. John’s for nearly his entire working career, which now spans over 35 years service.

Guy received chartered scientist recognition in 2005. He has won two international awards from the National Society of Histotechnologists (NSH), the first in 2015 The Leica Leadership Award for Teaching and Education and another in 2019 The Leica Leadership Award in Management and Training. In addition, Guy is the Advancing Health Care awards winner of the IBMS sponsored Biomedical Scientist of the Year 2020.

Guy has been responsible for expanding and developing the dermatopathology and Mohs’ laboratory services. The Mohs services within St. John’s, is now the largest within the UK and Guy has a keen interest in the development of Mohs techniques not only within St. John’s but also throughout the UK.  He has been involved in research and development activities for the department in several areas of pathology involving immunocytochemistry techniques.

Guy has recently been involved in expanding and fully automating the immunocytochemistry service and has encompassed double-labelling and in-situ procedures for the department as new protocols. He has an active interest in lymphoma and melanoma research and participates in assisting researchers or publishing his own contributions in the field.

Guy is professionally active and is the deputy editor of The British Journal of Biomedical Sciences and sits on four other editorial boards as well as peer reviewing for several other journals. He is an immunocytochemistry UK National external quality assurance (UKNEQAS) assessor, lecturer and short course coordinator.  He is also a UKNEQAS Cellular Pathology Technique (CPT) lead assessor for Mohs. He has previously held a council position for the IBMS and is now the IBMS Chief Examiner for the cellular pathology specialist panel. Guy sits on the advanced Specialist examination con-joint boards for the IBMS and Royal College of Pathologists for histodissection, immunocytochemistry and Biomedical Scientists reporting.

Guy is the appointed Lead for the British Society of Mohs Histologists and chairman for the newly formed advanced specialist examination board for the IBMS in Mohs. Guy has also been a Director for the American Society of Mohs Histotechnologists (ASMH). He regularly teaches on the MSc dermatology course for King’s Medical School London and Westminster University. Guy has edited and contributed to Oxford University Press (OUP) ‘Histopathology’ text book for  the Fundamentals in Biomedical Science series and has just completed  a second book ‘ Cellular Structure and Function’  and is now working on a third book in the same series for OUP entitled Cellular Pathology. He has also contributed a chapter on ‘Pigments’ to Survana and Layton’s ‘Bancrofts Theory and Practice of Histological Techniques’ seventh and eighth editions.

Recent advances in immunocytochemistry for melanoma diagnosis Thursday @ 9:00 AM 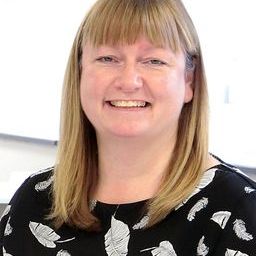 Sue has worked closely with local employers for many years, chairing regular Employers Liaison Group meetings at both institutions to discuss curricula, practical skills, assessments and placement provision. She greatly values the up to date clinical pathology knowledge and technical skills that practitioners bring to the programme and designing successful programmes. They use a traditional placement year and the students from the Biomedical Science (with placement) route are snapped up to work in practice.

Sue's first three cohorts from Biomedical Science at York St John University have graduated with >85% 1st/2.1 degrees and our NSS results every year put our programme in the top 5 of our subject area in the UK. She works (inter)nationally with the IBMS, as an academic advisor for accreditation panels and also conduct degree assessments.

Sue has been nominated for the National Teaching Fellow Scheme in 2019, 2020 and 2021. She won the national HE Bioscience Teacher of the Year award in 2020 and was awarded Principle Fellowship (PFHEA) in 2021.

Recognising and supporting the role of the laboratory trainers Monday @ 2:00 PM 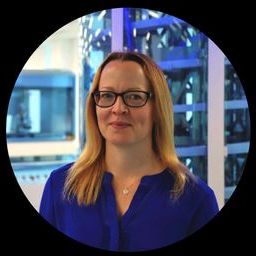 She has experience of managing laboratories and laboratory training in a variety of service settings, ISO 15189 compliance with regard to training and competence, and successfully implementing programs to support professional qualifications for laboratory staff.

Vikki is involved in delivering university-led training courses on how to successfully complete and support IBMS portfolios, and training for laboratory training officers.

She is passionate about laboratory management and training in biomedical science, and has recently undertaken a research project looking at post-registration training for biomedical scientists across the UK. 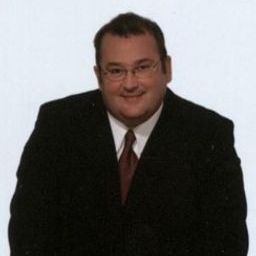 David currently works as head of process improvement for Health Service Laboratories in central London, which is part of the wider Sonic Healthcare group.

David chairs the TC212 mirror committee and is head of delegation for the UK on the international TC212 committee. David has experience in writing standards and was the project lead on ISO22870 as well as being involved in many other projects.

David has a strong background in laboratory process improvement and links this to the needs of compliance with ISO requirements.

David has spoken nationally and internationally on a wide range of subjects including quality and compliance.

How will the challenges of the pandemic impact how we offer future Clinical Biochemistry services? Tuesday @ 9:30 AM

Don’t overlook me! Recognising the skills and potential of support staff Tuesday @ 4:00 PM

Quality for the patient, not just for the sake of it Monday @ 1:30 PM

Investigation of serious incidents – what to do when things go wrong Monday @ 2:30 PM

Investigation of serious incidents – what to do when things go wrong Thursday @ 11:00 AM