Our Plenary programme will introduce the milestone achievement of access to HSST for biomedical scientists; a reflection on the challenges of managing the response to the UK COVID-19 pandemic; an overview of how molecular diagnostics is being integrated into our laboratory services, and a future for biomedical scientists that now includes the permission to supply and administer medicines.

The programme will also include a presentation from our new Chief Executive David Wells and his vision for our profession and our Institute. The intensive afternoon programme will conclude with a fascinating talk from Martin Maley on “How much does your blood group control your life?”

This is a programme you cannot afford to miss.

Equality of recognition: Access to HSST for biomedical scientists

Equality of recognition: Access to HSST for biomedical scientists

Head of the National School for Healthcare Science

Managing the UK response to the COVID-19 pandemic

Managing the UK response to the COVID-19 pandemic

Supply and administration of medicines

Supply and administration of medicines

How much does your blood group control your life?

How much does your blood group control your life?

It is a well-known fact that despite our safety-conscious high-tech lives, most accidents still happen in the home. However, take a moment to think back to our Victorian forefathers and the average home became a horror story of hazards and dangers. From the toxic chemicals used in cleaning and even in home remedies to the contents of paint to the flammability of construction materials and furnishings; there is no doubt the Victorian home was an absolute death trap.

Dr Suzy Lishman CBE is our guest speaker for the Closing Plenary and will be delivering a presentation on ‘The hidden dangers in the Victorian home’, which was also the subject of a TV documentary. This is an absolutely fascinating talk that will make sharp knives and boiling chip pans look like child’s play in comparison with what our forebears faced once behind their front doors 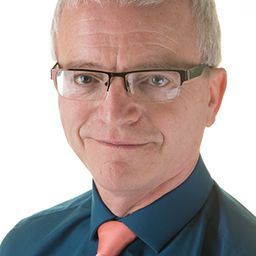 Allan Wilson is the IBMS President 2020-21 and has been a council member since 2013. He started his career as a trainee in 1976 and spent more than 40 years working laboratories across the globe. He trained in Glasgow and is an expert in cytology. Today, Allan works as Lead Clinician for the Scottish Cervical Screening Programme at Monklands Hospital, where he has been based since 1988.

Allan has also worked in senior level management for 25 years and is a cellular pathology network manager and cervical cytology consortium manager for Scotland.

He has lectured across Europe, in addition to New Zealand and Africa, which gives him a unique perspective to international laboratory practices. 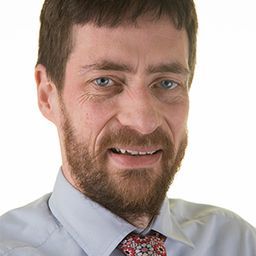 In June 2021, David became the IBMS Chief Executive following leading the NHS England and Improvement Pathology consolidation programme as Head of Pathology for NHS England and NHS Improvement. He led England’s pathology services in the national response to the COVID-19 pandemic, ensuring that NHS laboratories were able to respond to the national need in standing up the required testing at pace and scale.

For three years running, David was recognised as being one of the top 100 most powerful advocates for pathology in the global community by The Pathologist magazine (2018, 2019 and 2020).

Previously, as an elected IBMS Council Member for the London region, David was chair of the Membership and Marketing Committee. He has also represented the IBMS on NICE diagnostic advisory panels, and various national forums, including an observer on the Royal College of Pathologist Council and in the Parliamentary and Science committee.

In October 2020, the Royal College of Pathologists awarded David Honorary Fellowship in recognition of his contribution to pathology.

Head of the National School for Healthcare Science,

How much does your blood group control your life? Tuesday @ 4:40 PM

The hidden dangers in the Victorian home Thursday @ 3:30 PM